The End of the First Year!

The SMORE Texas team completed their final fieldwork on April 27.  Illness whittled down our team numbers, but not the resolve and enthusiasm!
We were still able to complete most of the tests. Winds were the biggest challenge this go-round. Gusts of 30-35mph made simple tasks harder. 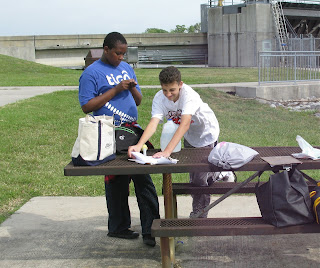 Tyler fights the wind to hold onto data sheets. 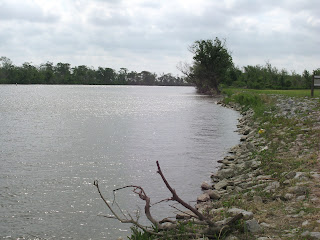 Upper  Trinity Bay waters were almost up to the bank, covering the
sandy "beach" area we stood on last fall!

As I watched my students work during this last sampling, I was proud of the progress they’d made since the first time we ventured out with new tools and tests to perform.  I could sense the confidence in them this last time out as they took care to gather samples, measure and collect data. 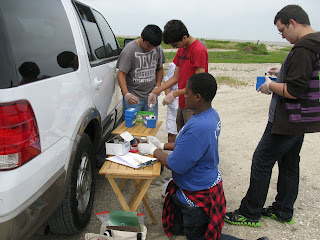 We used the car as a wind shield-
the blowing sand was rough! 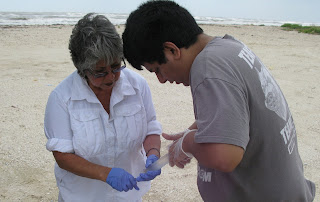 Back in the lab the following Monday, they began the process of putting together their data and offering their ideas about the results. We were on a tight schedule to get everything finished before Alaska and Georgia teams ended school for the semester.  Sadly, we were unable to confer as a group one last time. We were able to share our final data, but scheduling a live teleconference became impossible with HS finals/graduation and differing end -of -school dates. Added to that, several of my eighth graders were part of a robotics competition team that was headed out to California the week before school ended!

Before we left for the summer, all team members (students & teachers) in all three schools took part in evaluating how SMORE worked for us.
The overwhelming feeling was that SMORE was a great success! We all learned so much about ocean science and each other; enjoyed new experiences and learned new skills; and gained new respect about our global ocean.

SMORE is over for this first team that spans Alaska, Georgia and Texas-as most students have graduated to or from high school.
Lessons learned will help to shape and strengthen SMORE 2012-13 – we WILL be back! 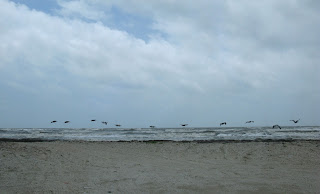 Brown pelicans wave their goodbyes as we leave Bolivar Peninsula.

Signing off for the summer,
Lollie